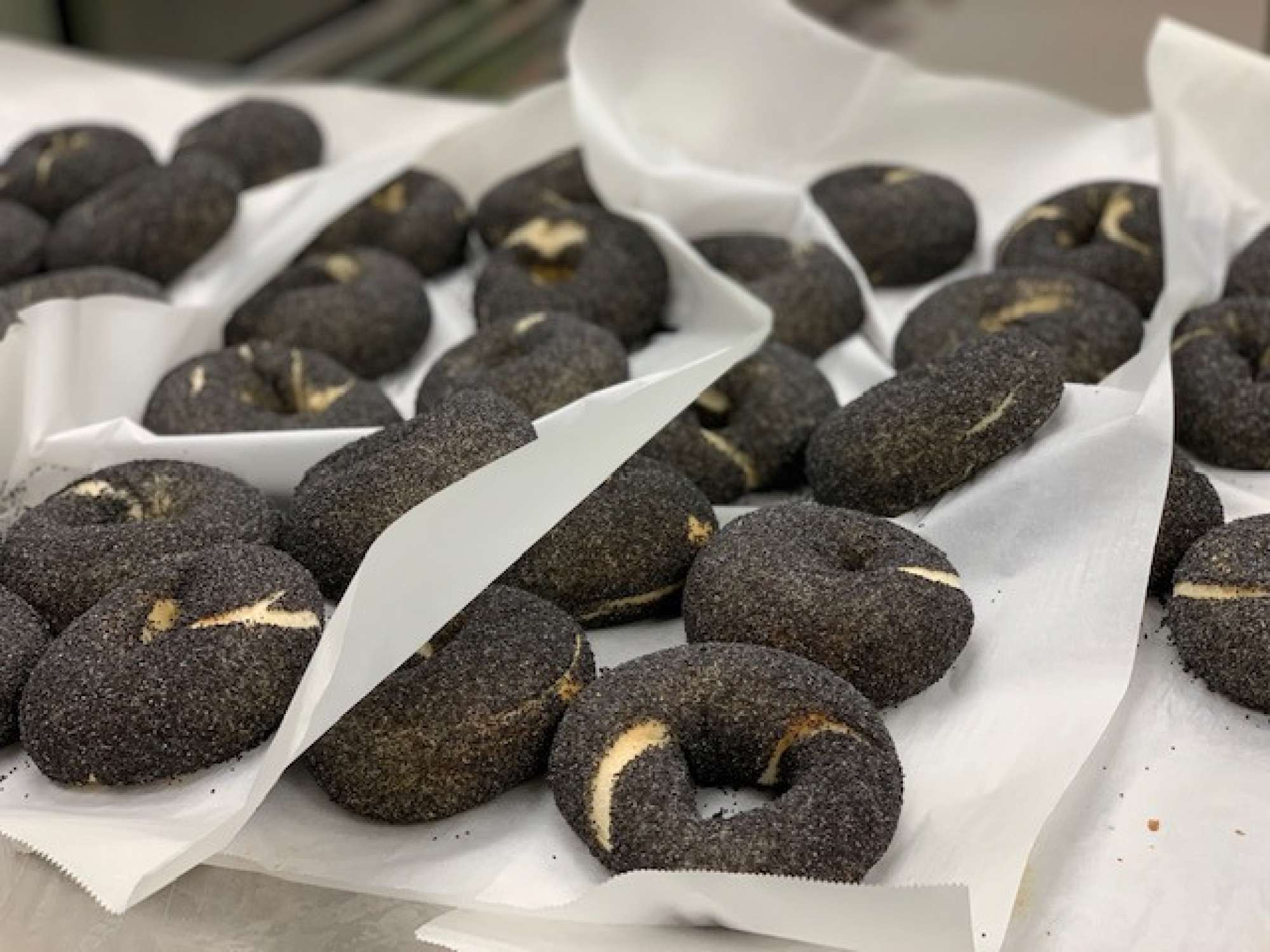 The Soundtrack of a Kitchen

I am probably the last person to (reluctantly) get on the dance floor at a wedding. But in a kitchen, I am Fred Astaire and Misty Copeland, Peg Leg Bates and Gwen Verdon, Alvin Ailey and Martha Graham. I have been known to leap from counter to cupboard. I chassé from oven to table. I trip over my feet from fridge to sink. And behind it all is the soundtrack of the kitchen.

Often the soundtrack includes music. For a solid three months out of each year, the Eurovision Song Contest entries for that particular year will feature prominently (or exclusively, if I’m honest). The rest of the time, it could be a Pandora playlist, the soundtrack for a movie, a Broadway show, or whatever strikes the fancy of whomever I’m in the kitchen with. Recently, it was our own disco remix of Edelweiss from The Sound of Music. But there is so much more to the music of the kitchen. 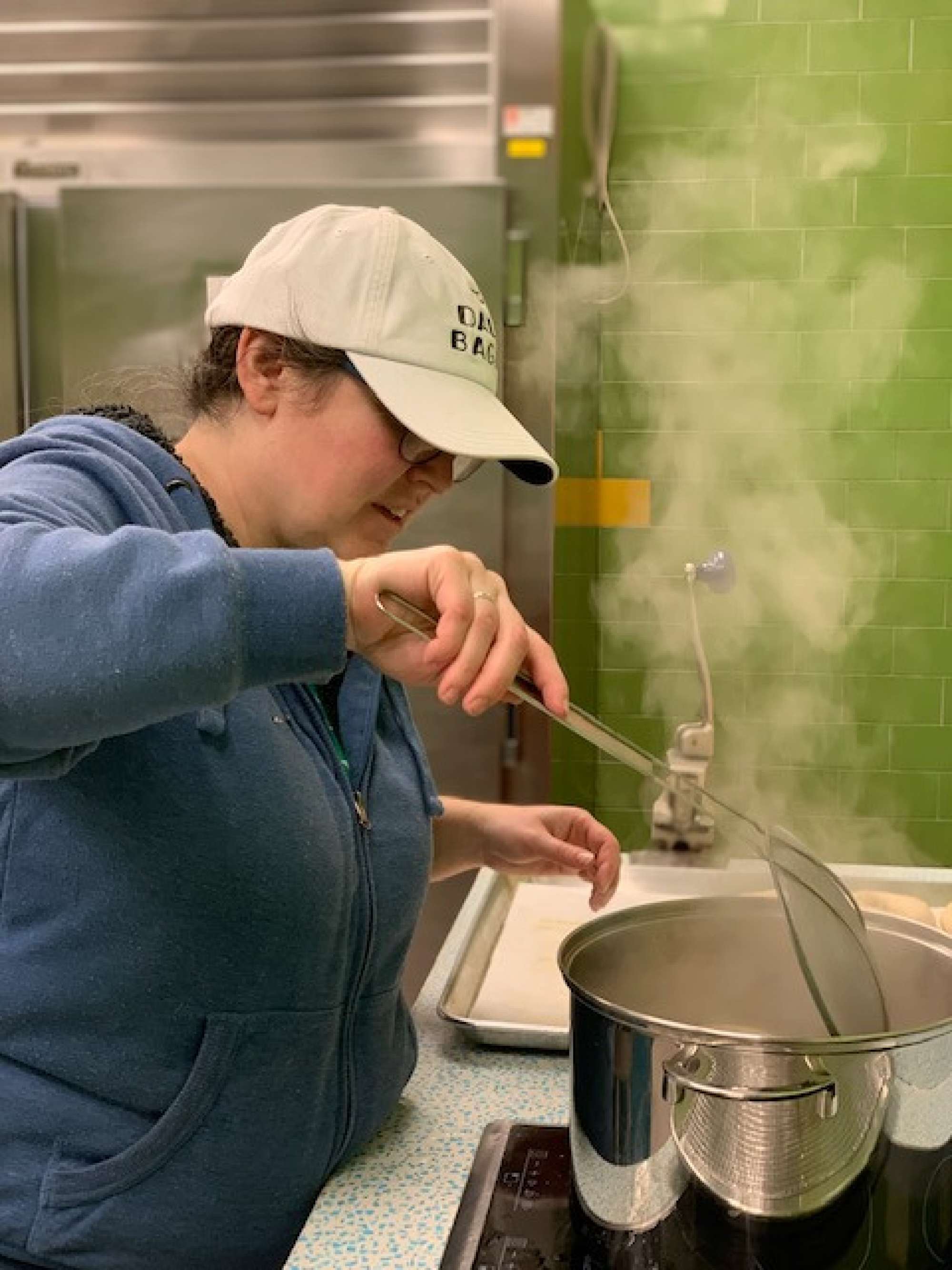 One of my favorite moments working in The Daly Bagel’s kitchen is when I’m the first one to arrive in the morning. Most people are still asleep. The streets are devoid of cars. The sun has yet to make an appearance. The first few moments are magical. I unlock the door and turn off the alarm system. And just stand for a second. The only sound is the hum of the refrigerators. And like Ravel’s Bolero, the music begins.

It’s a slow build starting with the fan of the convection ovens. Add the metallic thunder of sinks being filled followed by the more gentle rumble as the water level rises. The clang of metal on metal as I wheel in the rolling rack full of the tools of our trade adds a brief cadenza. The mixer begins its droning purr. Music pours from the speakers of the phone I have jammed into a convenient pocket. Conversations, questions, instructions between the bakers crescendo as the whole cacophony becomes a symphony. Oven timers go off, adding a fleeting discordant note. And it all slows. And calms. Until the last sounds are the spritz of a sanitizer bottle and the swish of a mop and then peace.

Through it all, we dance. We may not label it as a dance, but it is. I noticed several weeks ago that I was timing my measuring of sea salt with the beat of the music playing: each teaspoon added on a downbeat and I began thinking of each of our movements in dance terms. This kitchen dance is such a beautifully choreographed mix of large and small movements. It’s a pirouette between oven and cooling rack, a spin from flour bin to mixing bowl, a hip shimmy to close an unruly fridge door, a slide of honey in a metal bowl and the elegant movement of a wrist followed by the sharp slap of dough hitting a stainless steel table. Repeat for eight bars.

Maybe if more weddings involved doughs and ovens, I’d be more eager to leap onto the dance floor.